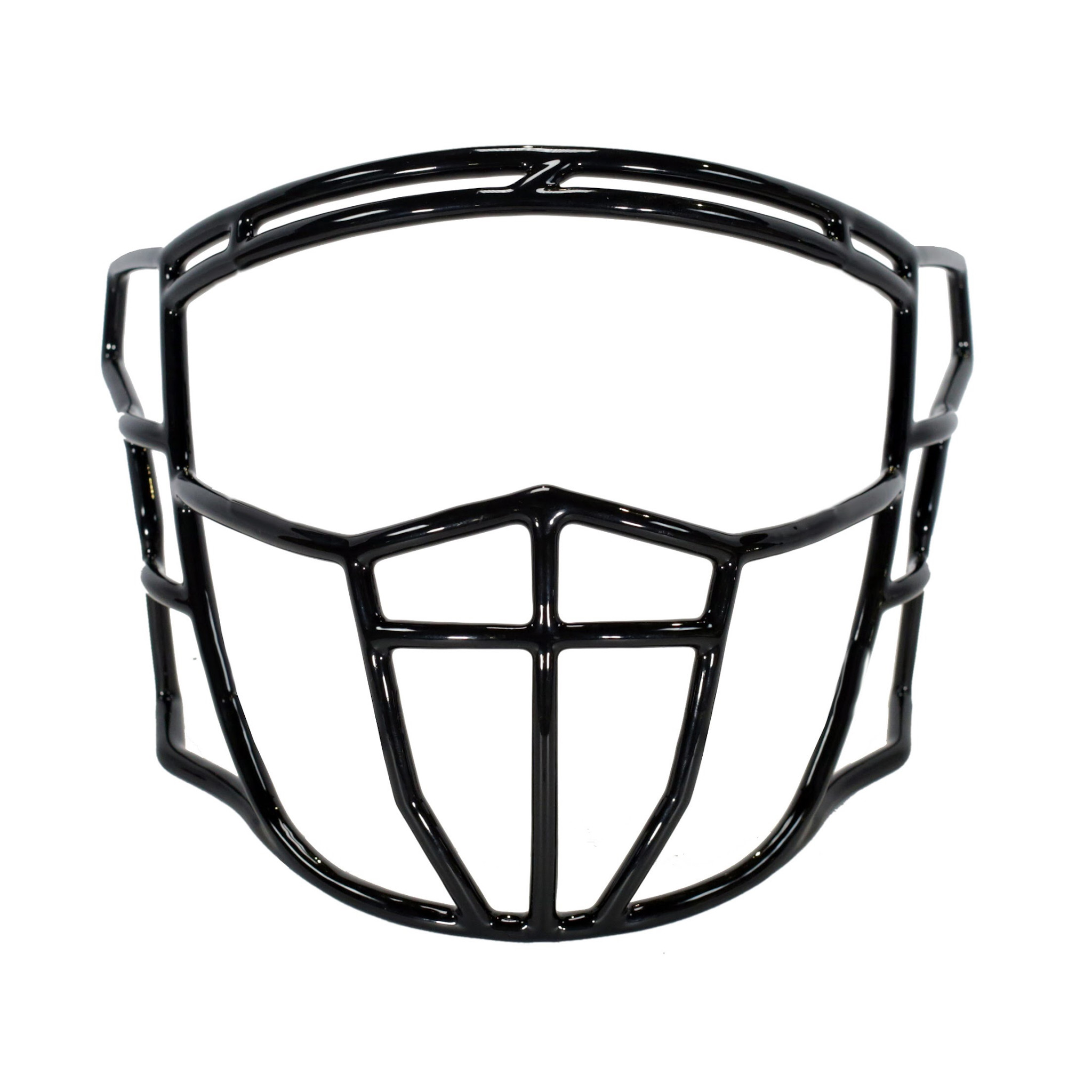 Between clunky, welded-steel prototypes and a few discouraging production runs, John Pizzuti experienced first-hand the expense of using other methods and suppliers to bring his game-changing football facemasks to market.

Then he looked to Signicast’s engineering expertise to manufacture his innovative designs more competitively – while protecting the competitors who wear them.

Introducing new uniforms, logos and design elements is a popular strategy for US football teams to enhance their identities. Bold or subtle, these occasional redesigns can bolster fan merchandising, gain attention for recruitment, or grow awareness for sponsors and causes.

But what they can’t do is interfere with player safety.

Partly because of this, the facemask, seemingly a front-and-center opportunity for team expression, has been excluded from branding changes in pro and college leagues.

After all, the main role of a facemask is protection, so league rules and certification standards have discouraged modifications to its most basic design.

John Pizzuti wanted to give masks a facelift to match the evolution of football uniforms, in a way that would lend itself to safety. And Zuti Facemasks was born.

“I built my first prototypes the same way they’d been built for decades,” says Pizzuti. “Welding together quarter-inch cold-rolled steel.”

When he was done, he wasn’t happy with the way they looked – and it had taken a month to build them. “There was no way I could turn a profit,” he says.

Pizzuti got advice from his mentor, a long-time auto industry professional who also happens to be his mother. She suggested he switch to casting.

“A light bulb came on in my head,” he says. “Last I checked, you have unfettered design capability with investment casting.” This was ideal since the innovative design of Zuti Facemasks allows teams to integrate stylized elements into the grille, potentially a platform for branding.

“With investment casting comes geometric advantages we could build into these masks,” Pizzuti says, “And that could help with energy distribution and, ultimately, safety.”

Initially, he found an investment casting supplier, but ran into obstacles. They had issues with non-fill and scrap, resulting in low percentages of viable parts.

That’s when he was contacted by Lann Ellis of Signicast, who was intrigued with a Modern Casting article about Zuti Facemasks. “This project could be a disruptive innovation for leagues,” says Ellis. “I figured with our engineering resources, Signicast could drive Zuti into mass production.”

The timing was good for Pizzuti. “Every time Lann would call, he would give me a new value-added strategy that we could implement, whether it was a way to reduce costs, expedite mass-production, or gain economies of scale.” So Zuti Facemasks made the switch to Signicast.

Behind the scenes, the diverse engineering team at Signicast – a project engineer, a metallurgist, and a process engineer – could make improvements during manufacturing such as material modifications, fine-tuned temperatures or hold times, and other variables.

This expertise-driven structure was nimble enough to allow Pizzuti to make changes quickly, says Ellis. And it meant they could deliver a higher-quality facemask.

After the first prototype from Signicast, Zuti Facemasks knew it had a winner on its hands.

“I could tell from looking at it with the naked eye that the quality was much improved,” says Pizzuti. “But then, I took it a step further and had it x-rayed.”

He says with an investment cast part, while the surface finish could be beautiful, there could still be inclusions internally – as there were with the prototypes from his previous supplier.

“When we switched to Signicast, all that went away. The voids and/or non-fill in the material, the grain structure, it was just that much better. There was less shrink. It was overall a better-quality part,” Pizutti says.

Since Zuti Facemasks uses an innovative design, and a manufacturing process atypical for the industry, the biggest test came from NOCSAE, the standards body for certifying athletic equipment to reduce injuries. As Pizzuti predicted, given the freedom to incorporate impact-dissipating geometries, his facemasks passed.

This is good news for youth, high school and college football teams and leagues who need to be confident their equipment is safe.

And, equally appealing to teams who demand a more notable appearance on the field, Pizzuti says, “it just looks a lot sweeter.” 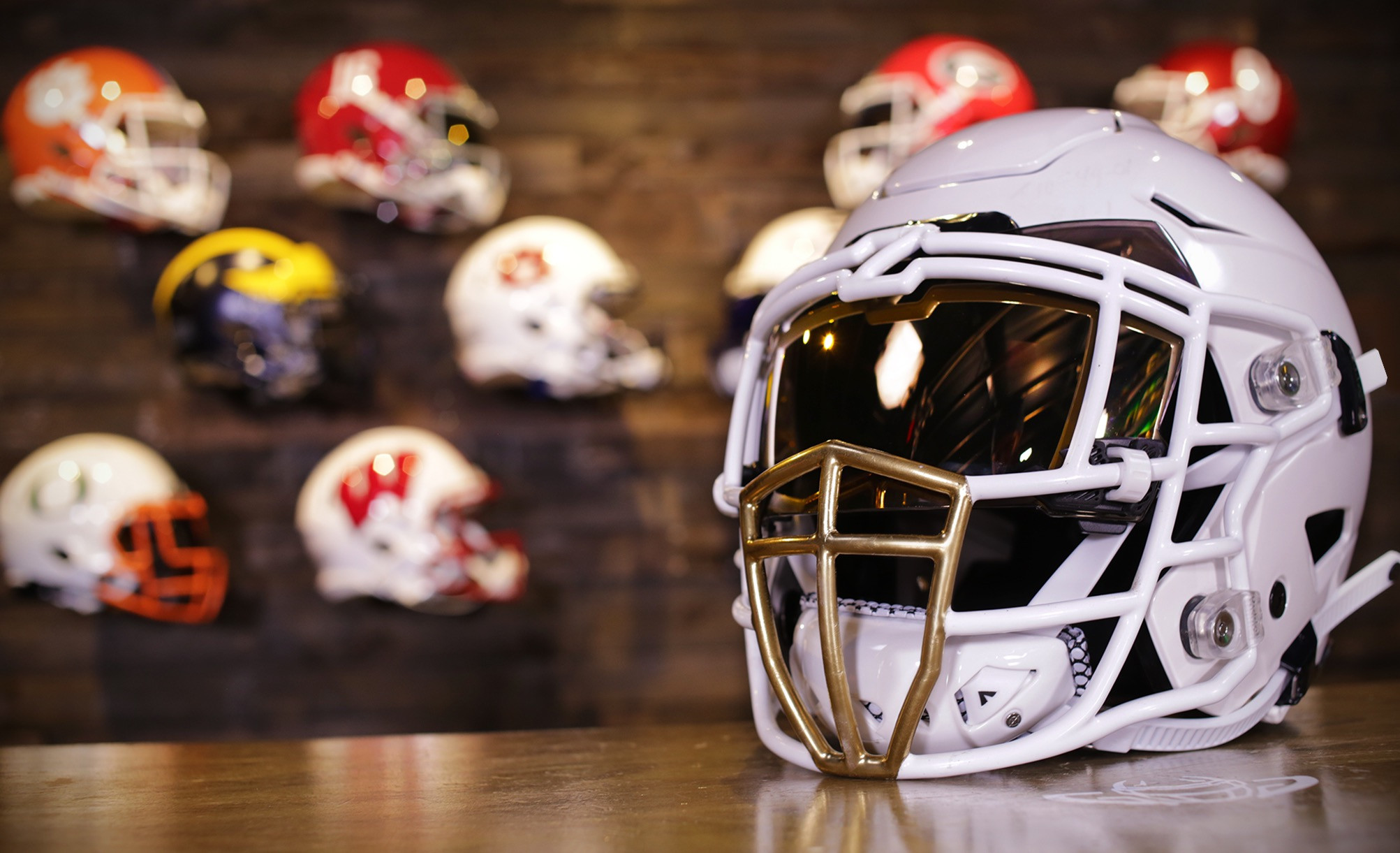