This month we are excited to announce and celebrate our 60th year in business. Signicast was incorporated on March 17th, 1959 by founder John Henderson. The company name was SIGN-I-CAST because its primary business was casting transom signs for boats in the Milwaukee harbor. We have come a long way since then, starting as a company with less than 30 people. Today we are an international business with over 1,400 employees.

From John Henderson's founding in 1959, Signicast has gone through many changes and advancements. In 1962 Mr. Joseph Salamone purchased the Signicast business. It was then sold, in 1968, to Mr. Bill Lewis who officially established the business as an investment casting company. In 1971 the company built the Brown Deer, Milwaukee (BDC) casting plant. Mr. Terry Lutz bought the company in 1981, and he embarked on a bold vision to introduce automation and create what is known today as the Hartford, WI campus or HMC. After 27 years of ownership, Mr. Lutz sold the business to the Pritzker Group in 2008.

In 2017, Signicast was acquired and became part of the global company Form Technologies. In the past year, we have grown and added employees through the acquisition of Consolidated Casting Corporation in Hutchins, Texas and more recently CIREX based in Europe. We enthusiastically welcome those employees to the company as they join us in continuing to build upon our

What has been accomplished in the past 60 years is remarkable. We take pride in the fact that we have helped individuals build careers, aided our customers in growing their businesses and contributed in many ways to our local community. We thank our employees for their loyal support and hard work and our customers for their continued business as we look forward to what we know is a bright future for Signicast. 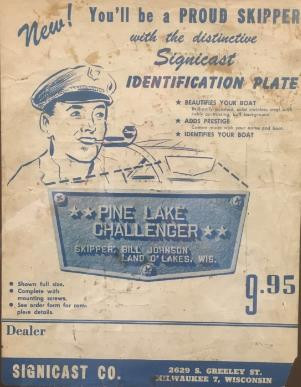 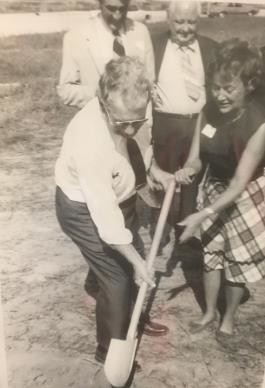